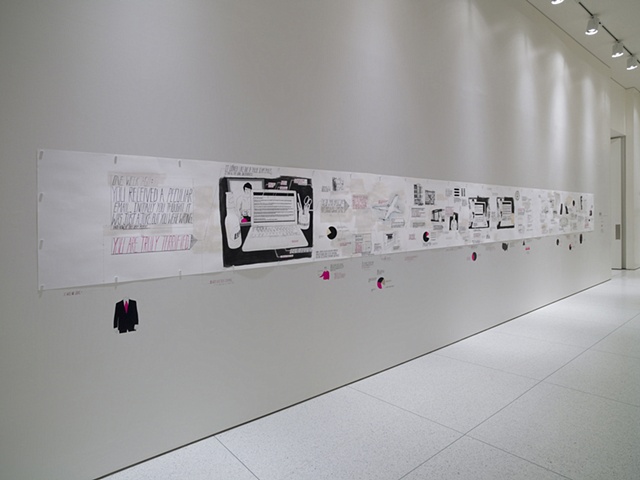 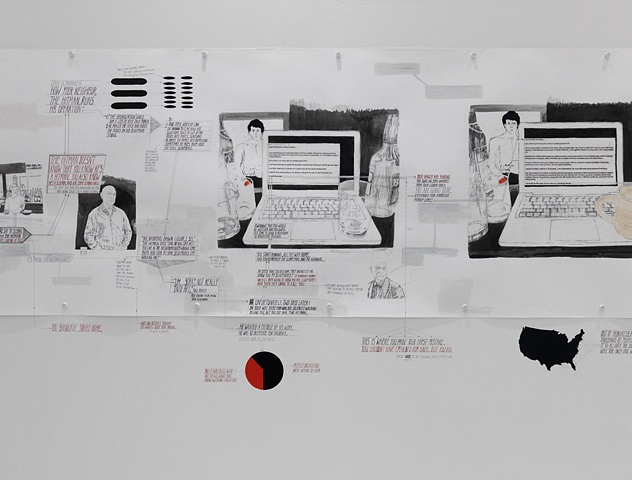 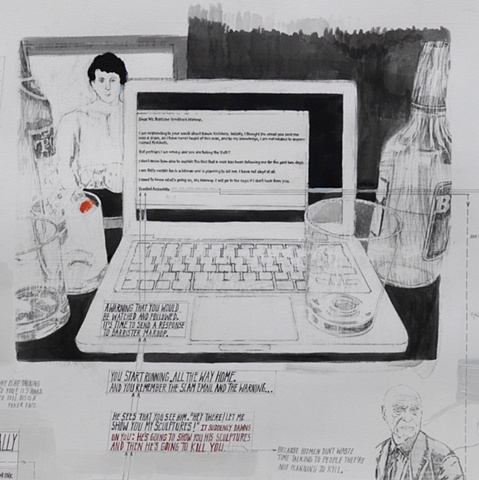 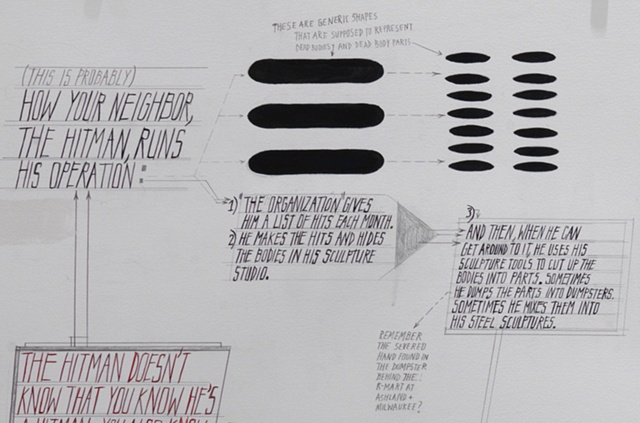 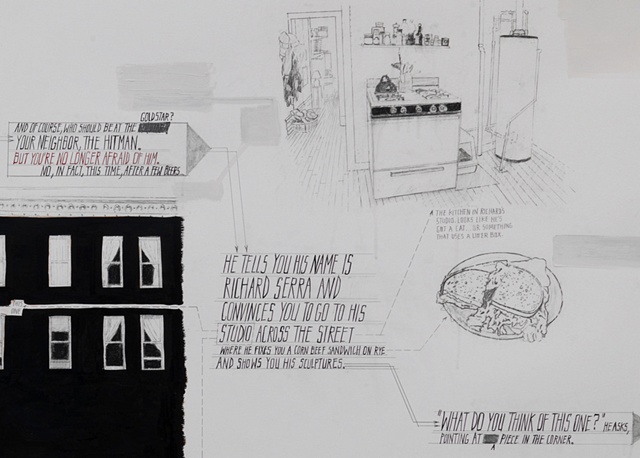 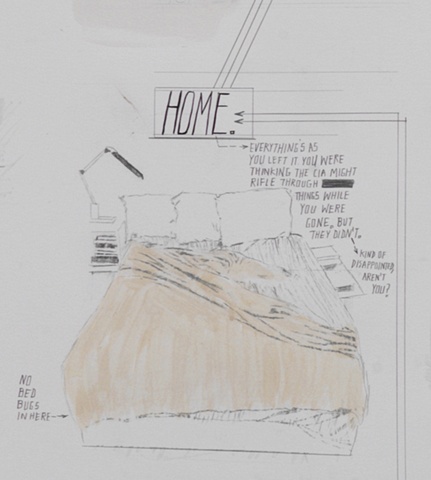 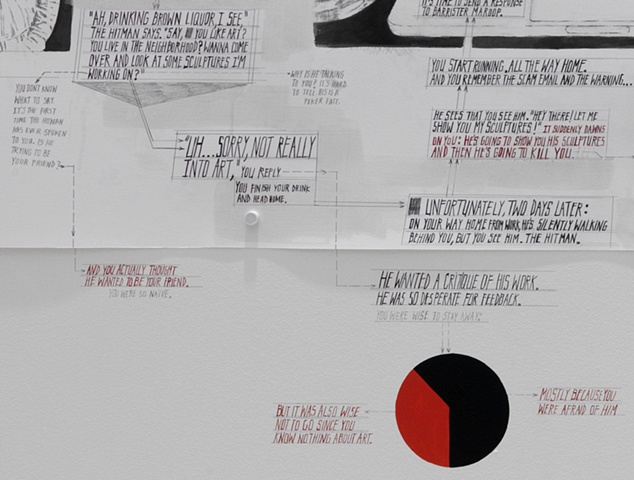 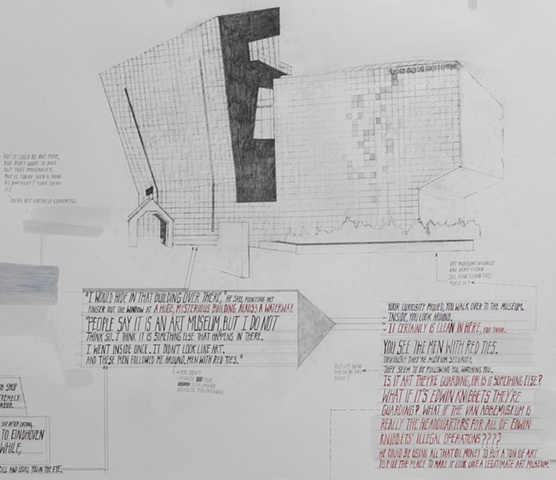 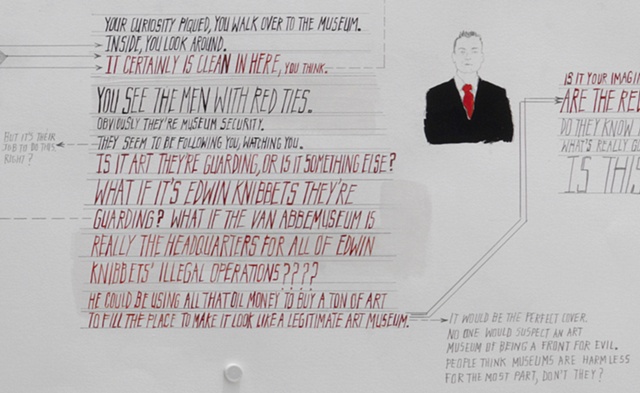 This drawing was initially designed to fit as a panorama within a room at the Van Abbemuseum in Eindhoven, Netherlands in 2008. A second version (pictured here) was reformatted and installed at the Smart Museum at University of Chicago in October of 2009.

Synopsis: This is a paranoid narrative that explores an alternate version of history in which Richard Serra moves to Chicago to try and make it as an artist. Failing miserably, Serra pragmatically puts his sculpture tools to use as a hitman/human butcher in the employ of the Chicago Outfit (mob), which is often contracted out by a rogue CIA cell (located within the bowels of the Van Abbemuseum) to make certain individuals disappear. Serra’s current assignment is to kill his neighbor, the story’s protagonist, who is only ever referred to as “you” throughout the entirety of the piece. Serra invites you to his sculpture studio with intent to kill, but only after he can garner your feedback on his latest sculpture.