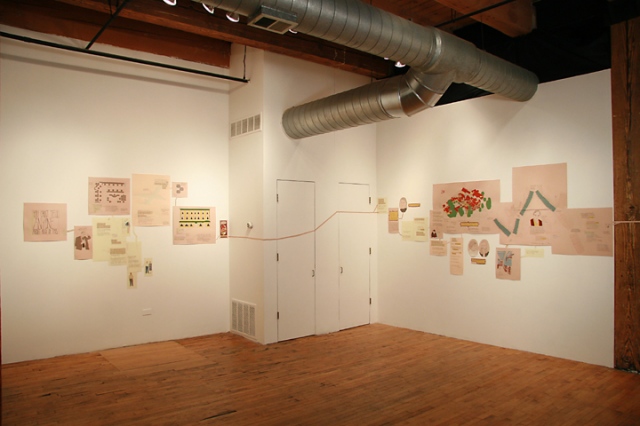 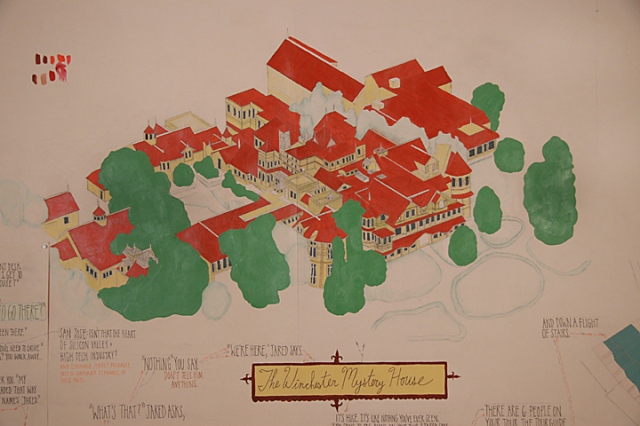 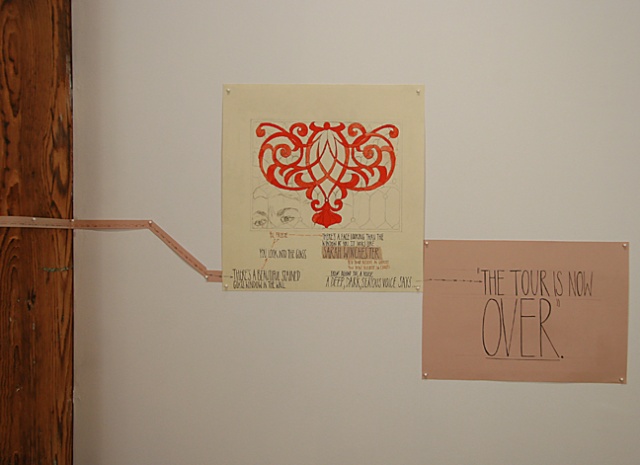 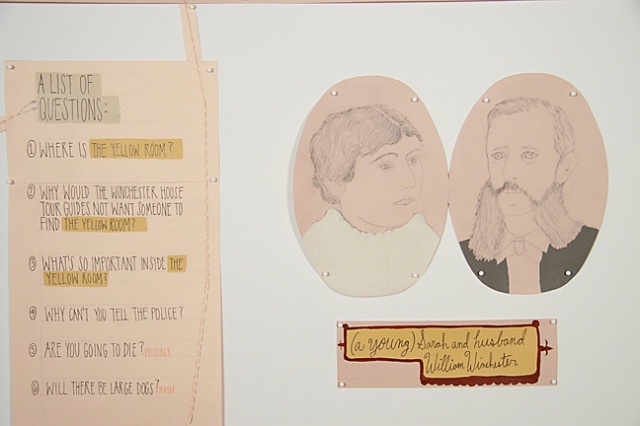 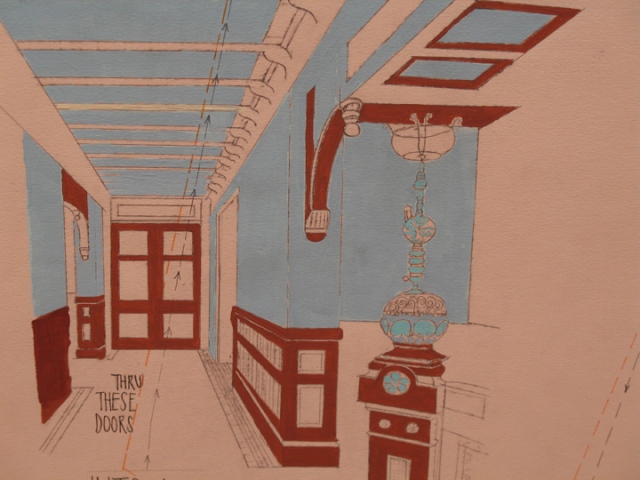 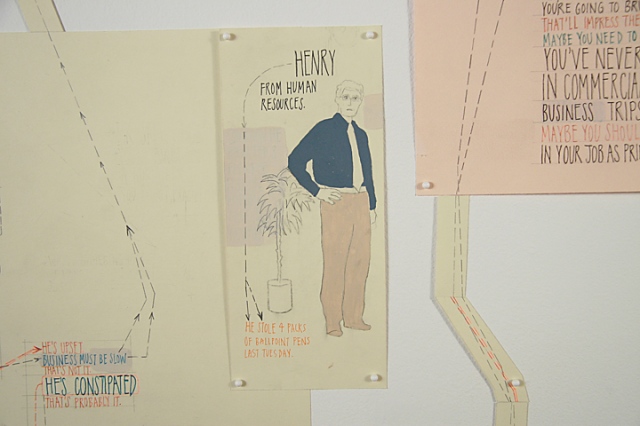 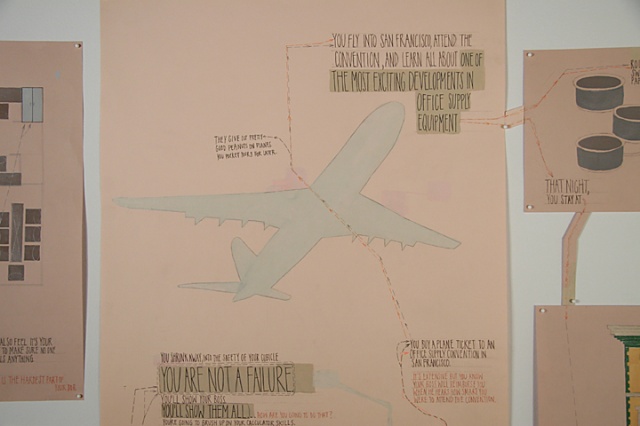 This 50 foot-long piece, which includes a cliff-hanger ending, was created to wrap around the walls and architectural elements of its initial exhibition venue, 40000, in Chicago. A resolution to the cliff-hanger ending was added on and exhibited three months later at the Hyde Park Art Center, also in Chicago.

Narrative synopsis: You, a socially inept office worker, journey to an office supply convention in Silicon Valley, tour the historic Winchester Mystery house nearby, and uncover both a ghost and a conspiracy to destroy the area's high-tech corporations. Includes internal musings on office supplies and believing in ghosts vs. science.