In these drawings a nameless, unreliable narrator speculates on the humorous foibles of a number of former United States presidents and associates.

Revisions and erasure marks on the surface of each drawing function as a visual record of the narrator’s indecisive thought process in working to present each of these so-called historic anecdotes.

The texts are paired with a mix of abstract shapes and diagrammatic visuals which reference the historically male-dominated movements of modern architecture, color field painting and minimalism. These visuals appear to be reproduced with a printmaking or Xerox process. Instead, they are hand-rendered with colored pencils and crayons and function as a conceptual compliment to the texts in that they contain uncertainties with regard to the fabrication of content. 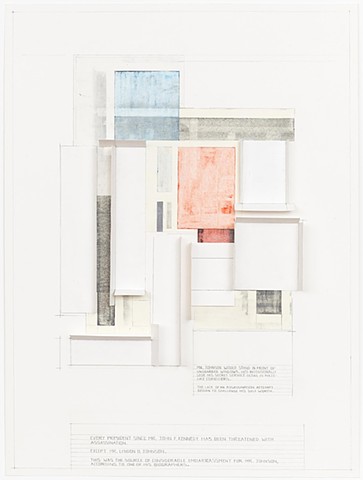 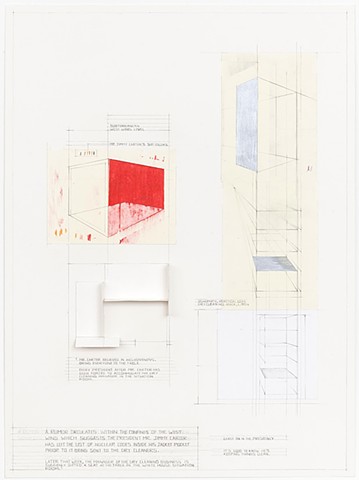 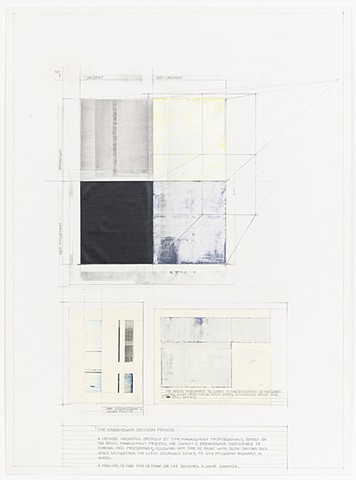 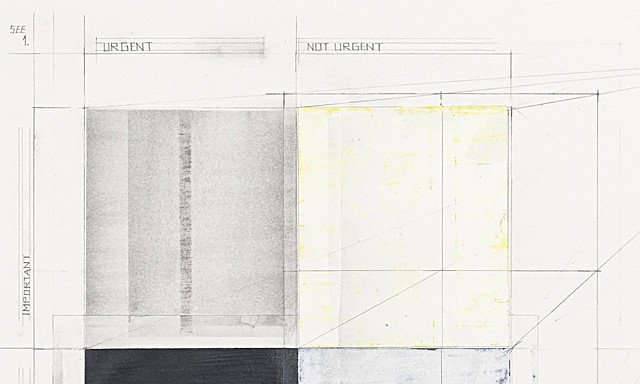 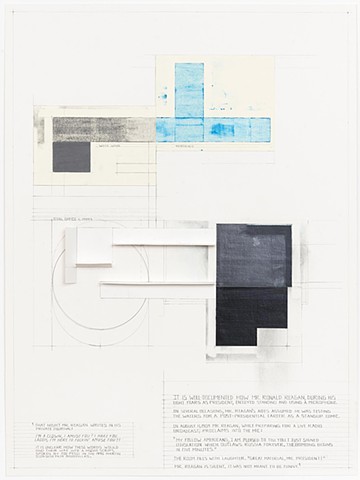 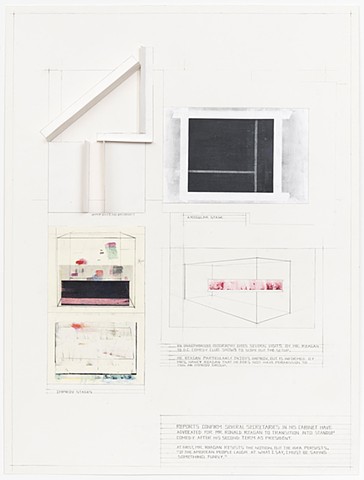 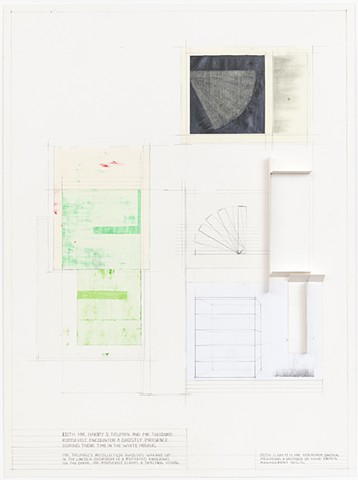 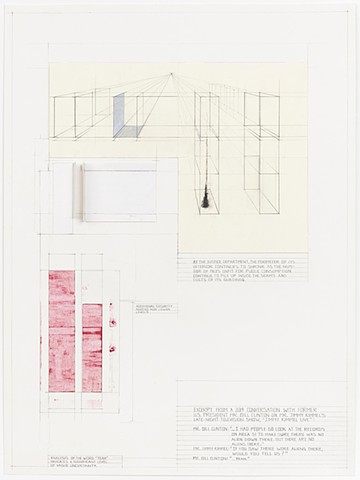 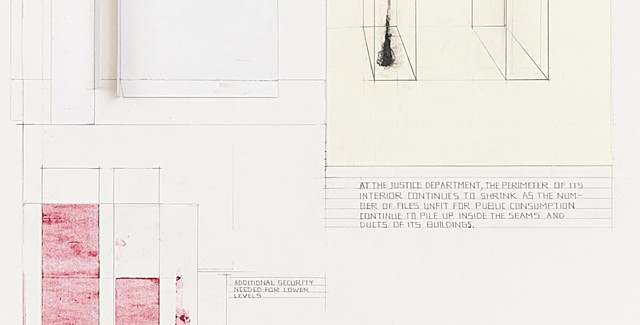 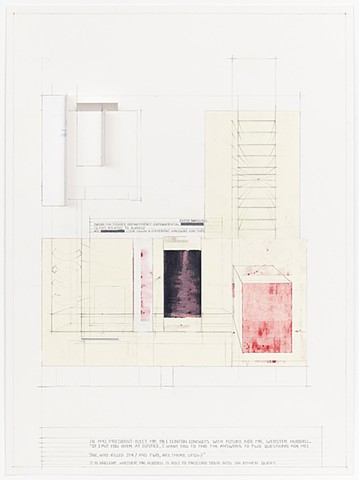 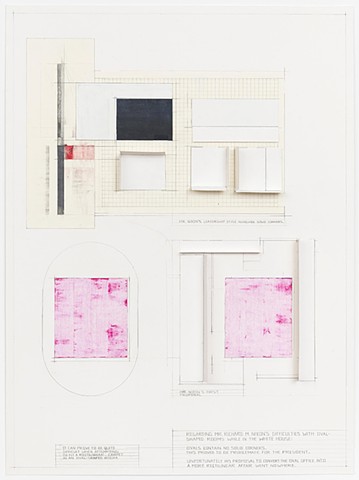 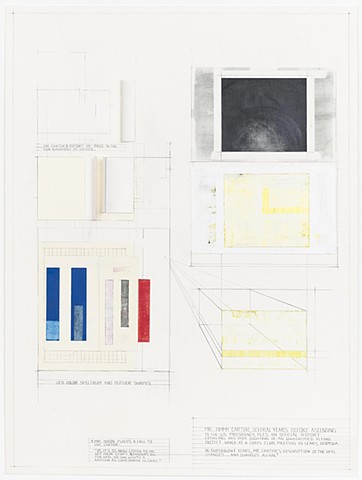 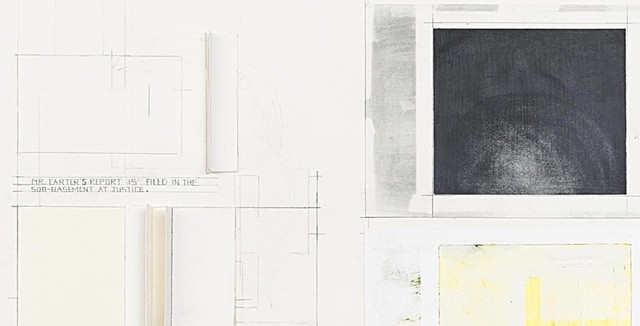