During the time when he called the White House home, his strong leadership would begin to falter, which Mr. Richard M. Nixon would attribute to the presence of oval rooms in the executive residence. Too many ovals omitted an excessive, unseemly amount of expressive feminine energy. Mr. Richard M. Nixon ordered the oval rooms to be turned into rectilinear rooms, to no avail. Reflecting upon his life, post-presidency, Mr. Nixon was convinced that the ovals were mainly responsible for the road towards his impeachment.

Narrative drawings in this series blend fact with fiction and speculate both comically and critically on the foibles of famous men in leadership roles.

Hand-drawn texts in graphite and erasure marks on the surface of each drawing function as a visual record of the narrator’s indecisive thought process in working to present each anecdote. The texts are paired with abstract shapes and diagrammatic visuals which reference the historically male-dominated movements of modern architecture, color field painting and minimalism. Many of these visuals appear to be reproduced with a printmaking process. Instead, they are hand-rendered with colored pencils and crayons and function as a conceptual compliment to the texts in that they also contain uncertainties with regard to the fabrication of content. 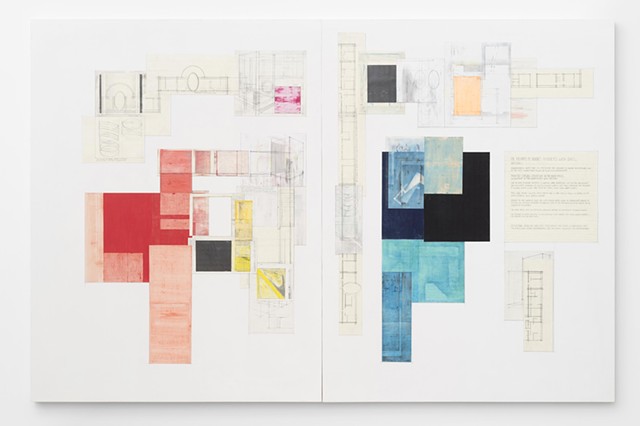 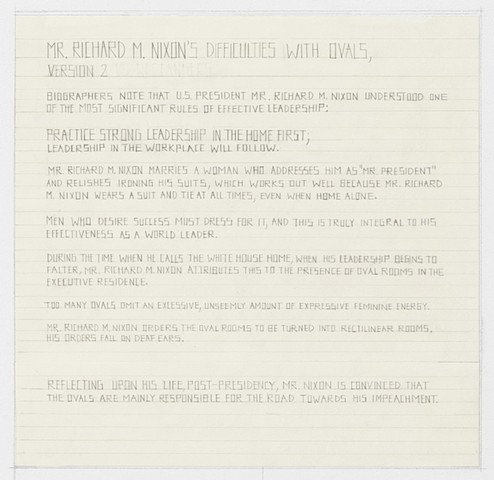 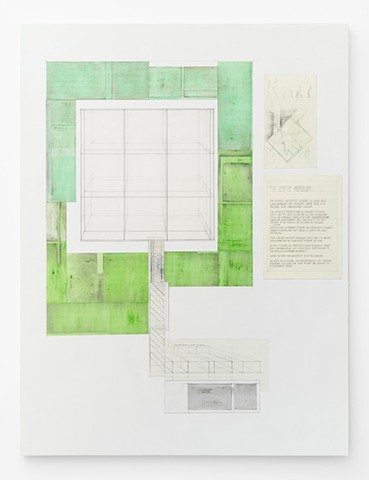 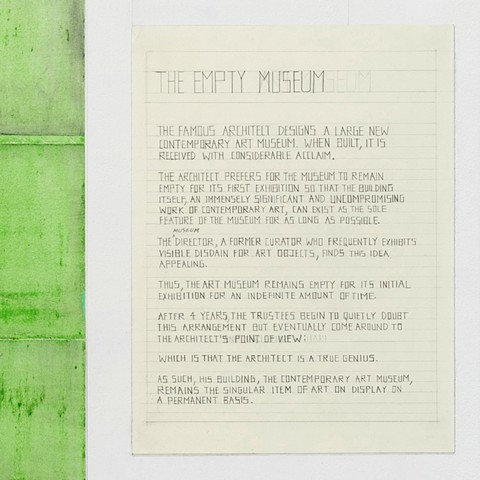 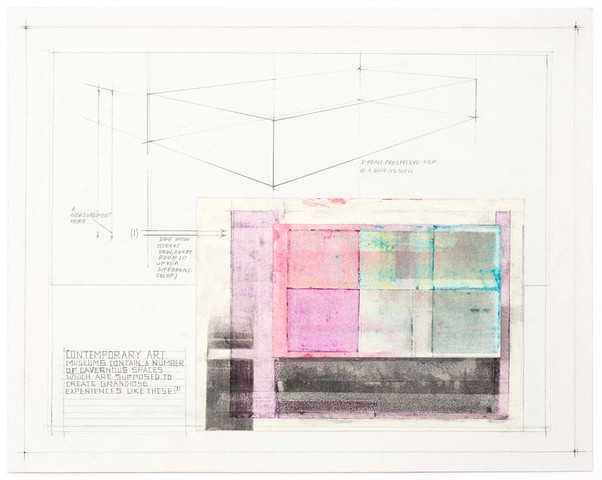 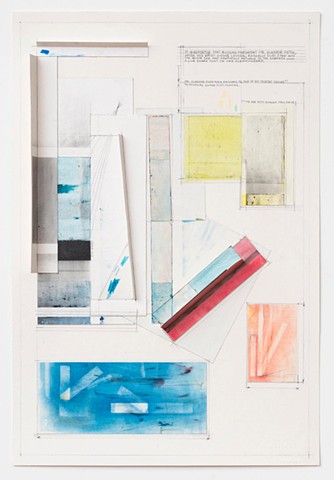 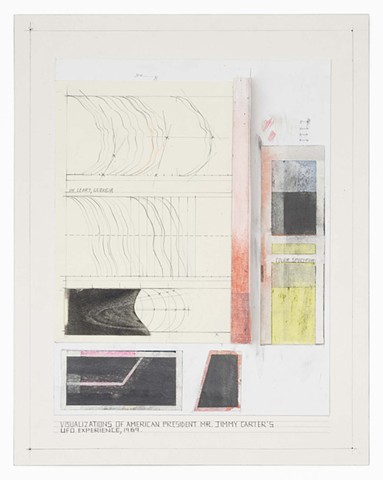 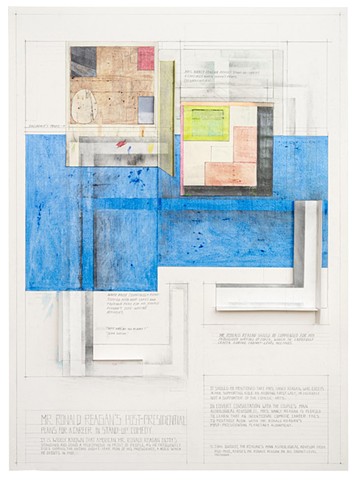 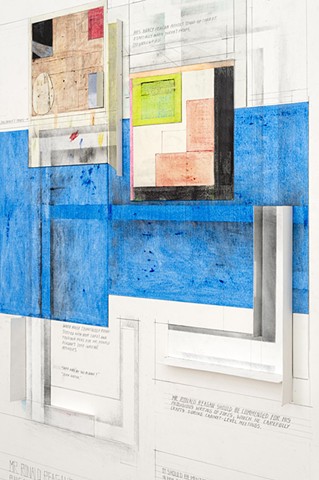 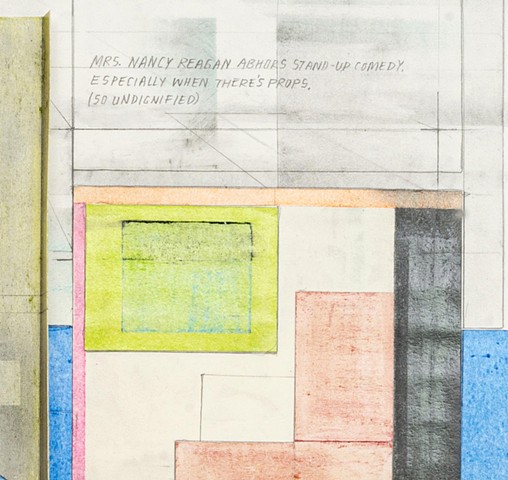 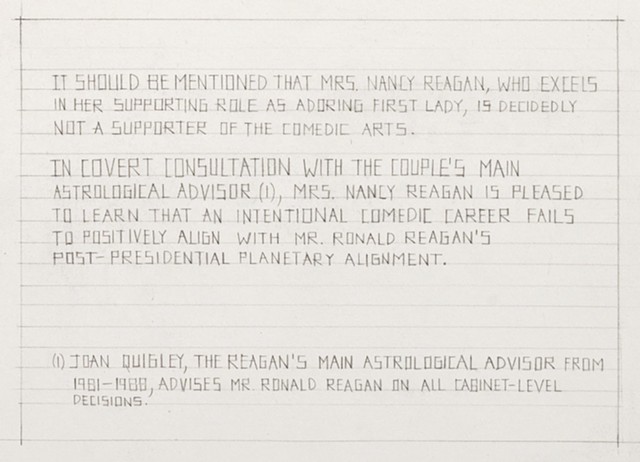 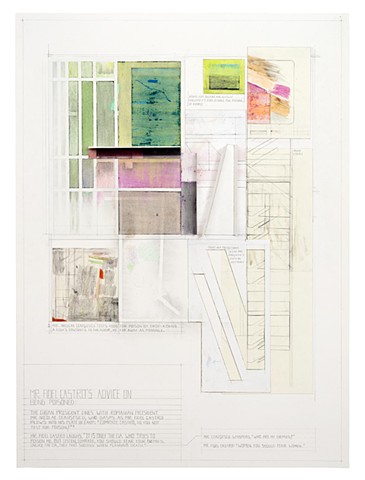 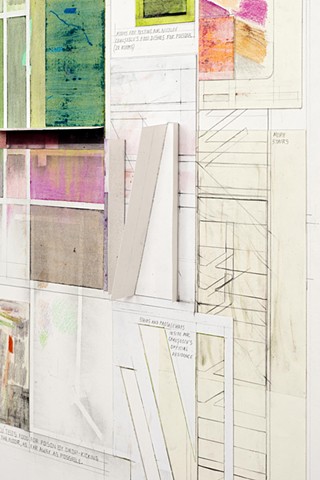 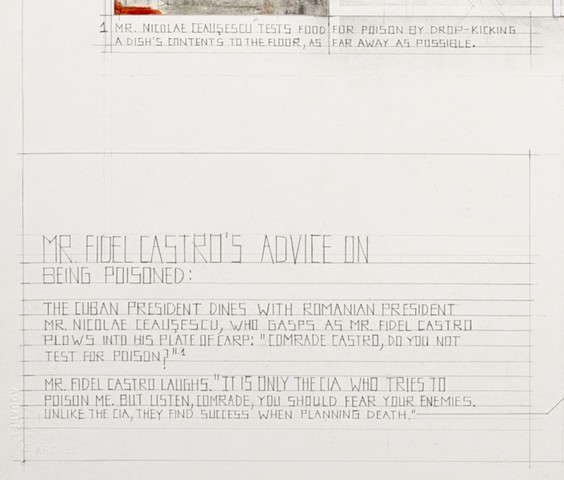 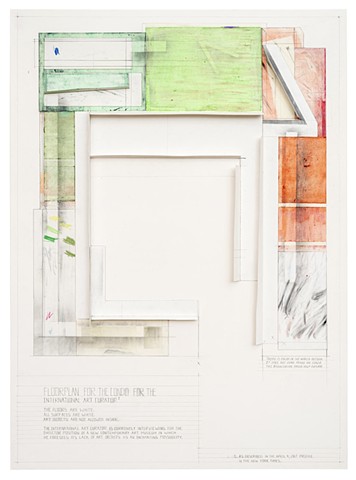 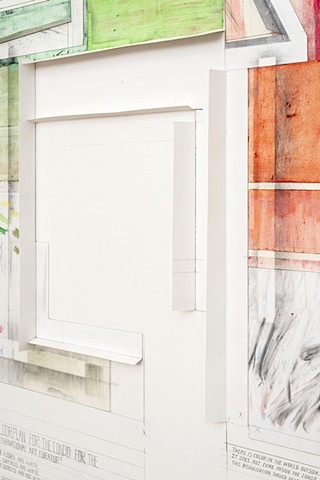 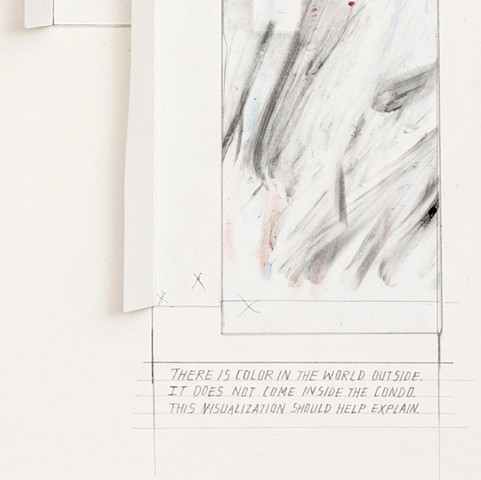 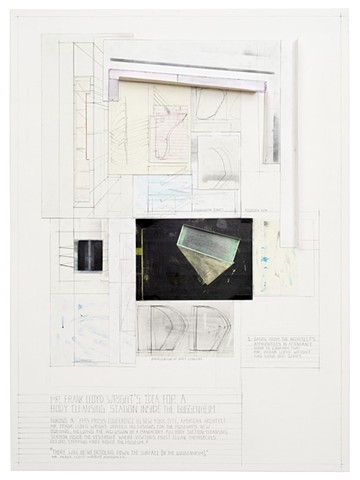 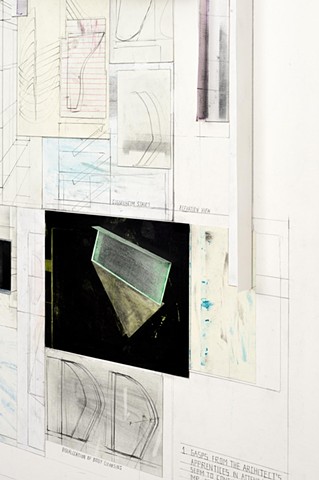 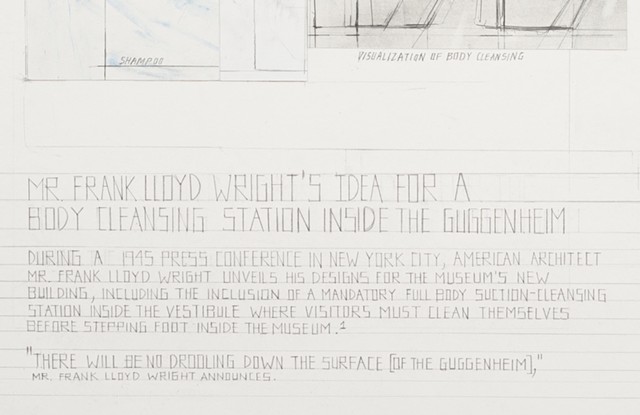 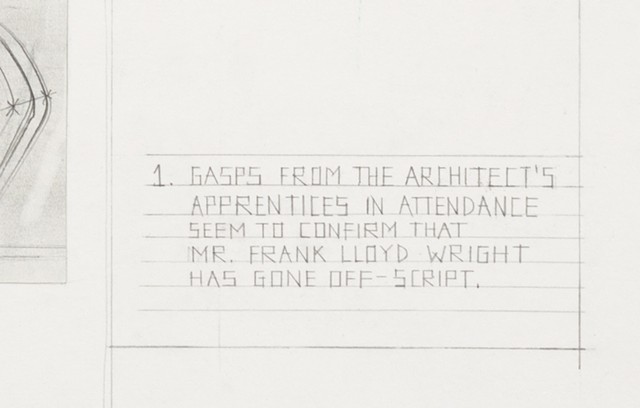 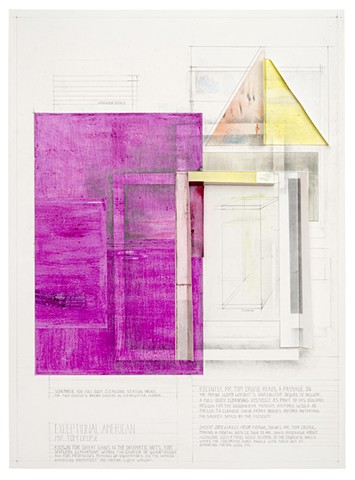 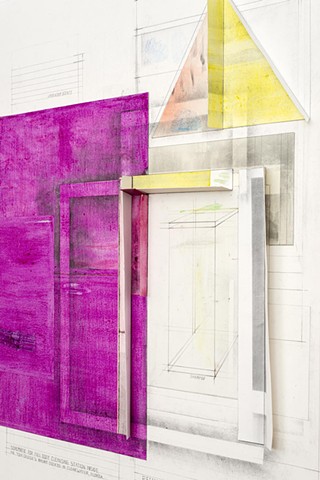 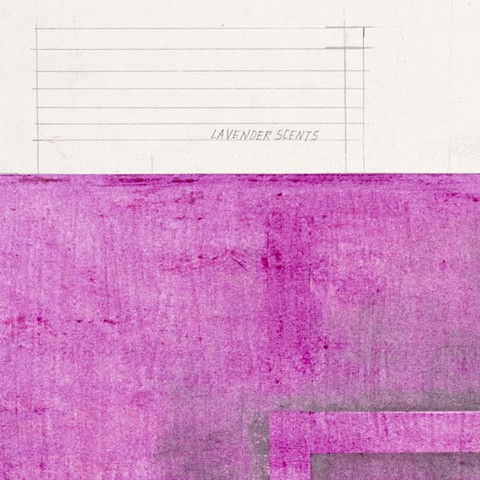 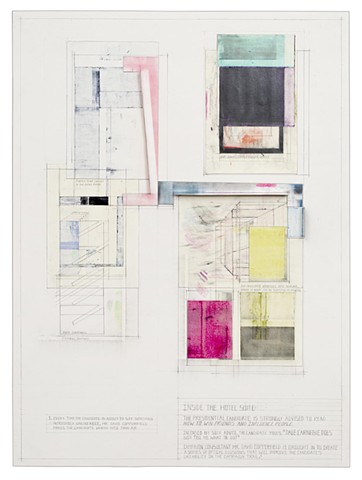 Inside the Hotel Suite of the Presidential Candidate
graphite, crayon, coloured pencil, pastel and collage on paper
30 x 22 x 1 inches 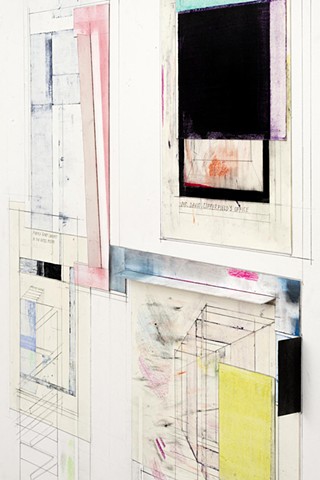 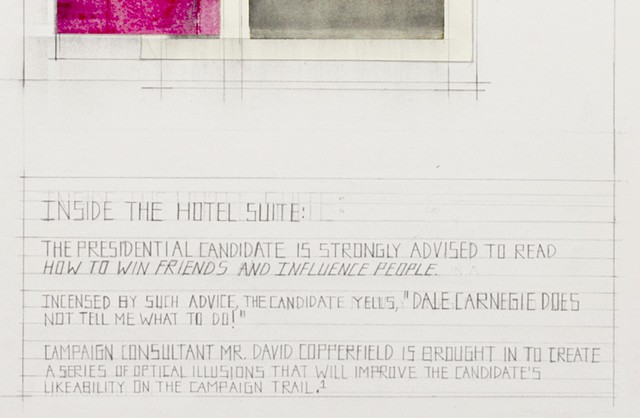