Projects > A Case Study in Schematics, Surveillance and Murder (2015)

Mary Pinchot Meyer was the lover (and main female confident and unofficial policy adviser) to her long-time friend, John F. Kennedy, in the last few years before his assassination. She was also killed, under very similar circumstances, almost a year after JFK, in a hit most likely ordered by James Jesus Angleton, Counterintelligence Chief of the CIA and close friend to Pinchot Meyer’s ex-husband, Cord Meyer, also CIA. There have been several accounts and items of evidence that point to this and to the strong possibility that Angleton was also involved in JFK’s murder.

This drawing is an imagined schematic of Pinchot Meyer’s Georgetown home, which includes Angleton’s surveillance equipment, hidden inside decorative rock sculptures (made with the guidance and encouragement of his art therapist) that he gifted Pinchot Meyer. 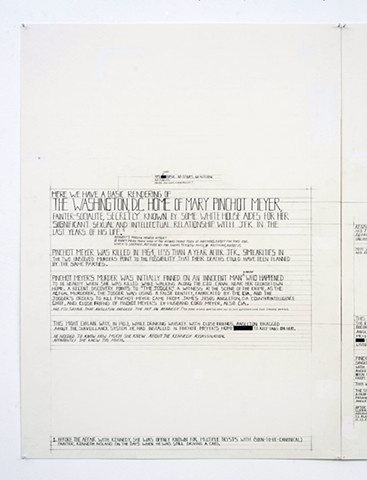 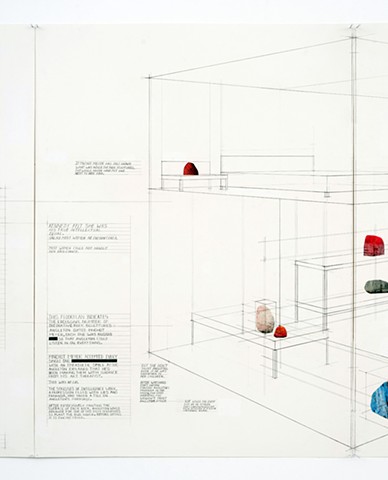 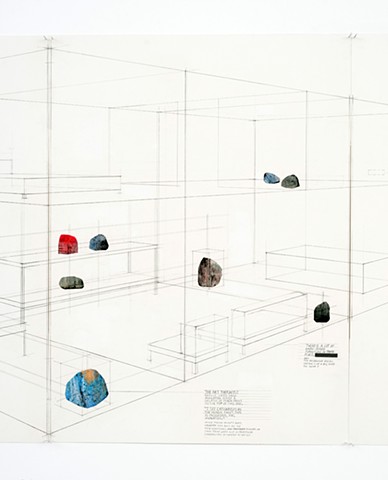 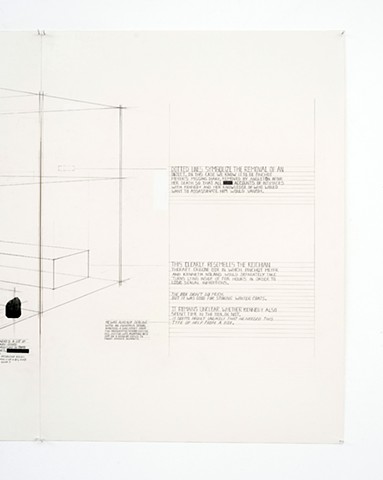