Several Mysteries comes from a week spent in Athens, Greece, walking the city, gathering observations and recording conversations in order to write a non-linear fiction (in the vein of a Choose Your Own Adventure-style narrative) about an outsider attempting to navigate a city embroiled in economic and social chaos. The 23 text-and-image drawings hint at some of the less official, more nefarious, theories floating in and out of conversation by some inhabitants as to the real causes of Greece’s current crisis. This project was initially shown at the 4th Athens Biennale in Greece in 2013. 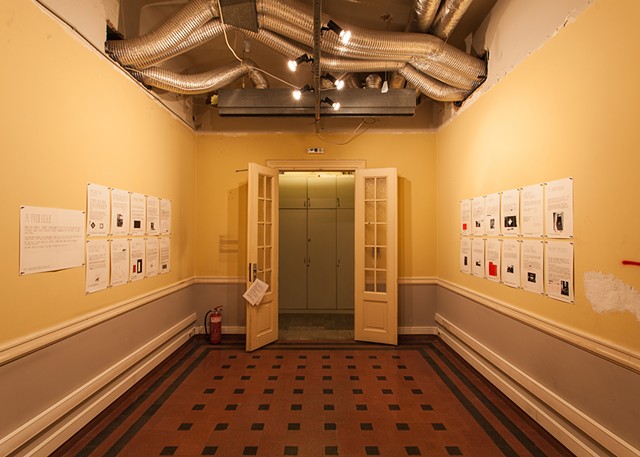 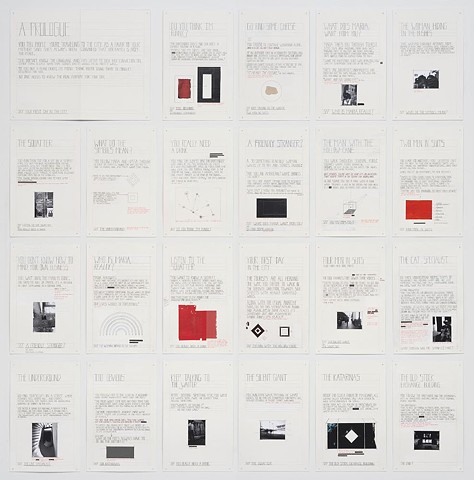 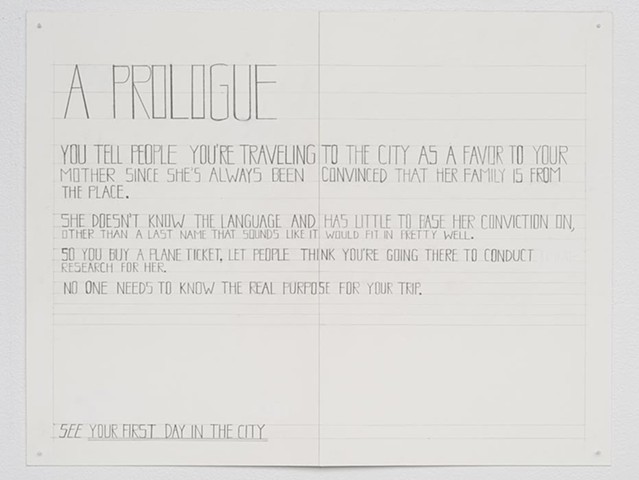 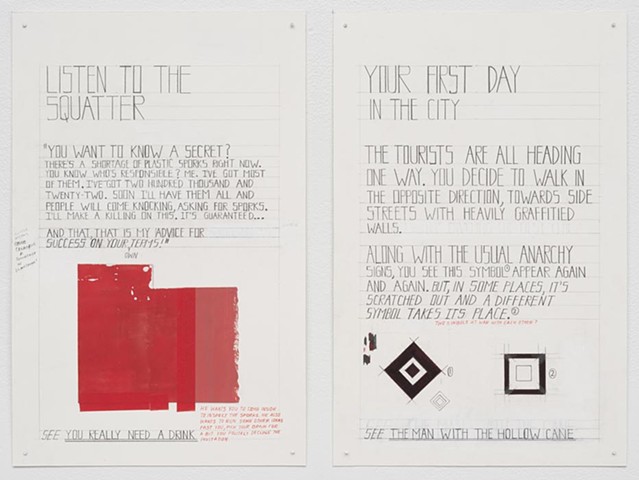 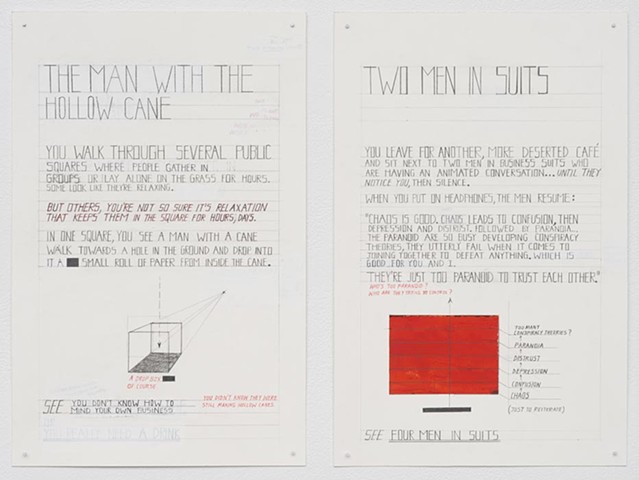 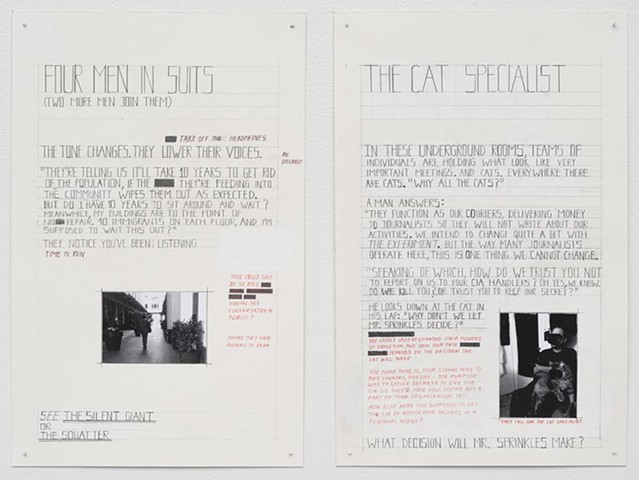