In 2010 I stumbled upon several references to the intrigue surrounding Denver International Airport and the possibility that a large, covert military base and a mammoth bunker for the New World Order might exist beneath the airport’s grounds.

I began researching the airport, analyzing internal memos from the files of a former airport employee, uncovering anecdotal information regarding missing funds and inconsistencies with construction of the airport in the early 1990s, gathering information on the supposedly decommissioned Rocky Mountain Arsenal site conveniently located next to the Denver Airport which was used to manufacture and store chemical weapons, and monitoring conversations on the internet amongst conspiracy theorists about the airport.

This research culminated in a one-day, round-trip flight from Chicago to Denver in June 2011 to investigate the airport and grounds first-hand, arriving in the morning and returning late that night. I had 16 hours at the airport to collect data and conduct field research, as well as explore the grounds in a rental car.

I compiled my notes on the investigation for an exhibition in July 2011 at the Abrons Art Center at Henry Street Settlement in New York City. The display consisted of overlapping, pinned-up different-sized drawings, blown up photocopies of notes and commentary, collaged floor plans, and other materials collected by "You," a nameless, unreliable detective. The investigation appeared in a more evolved form as a series of works on panel and paper at the Scottsdale Museum of Contemporary Art in the fall of 2011. 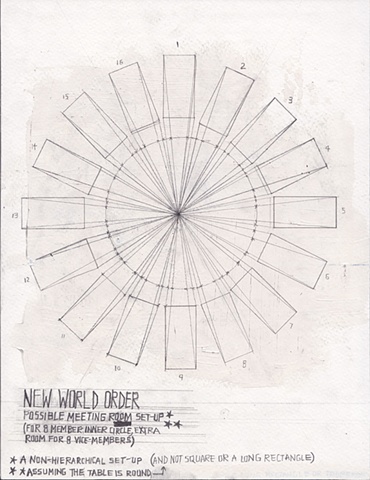 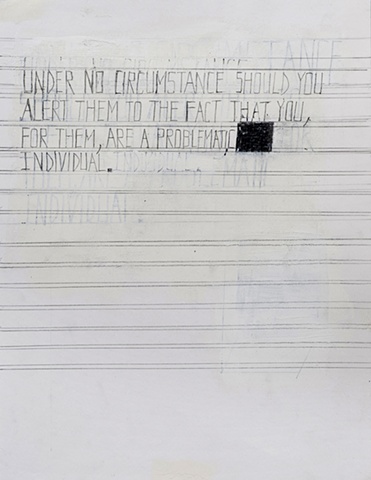 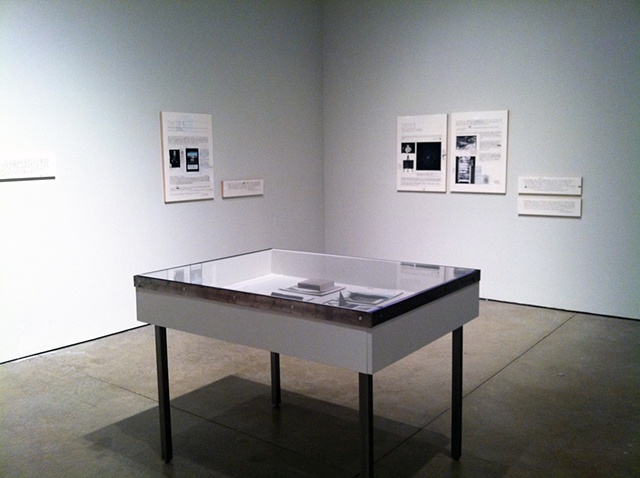 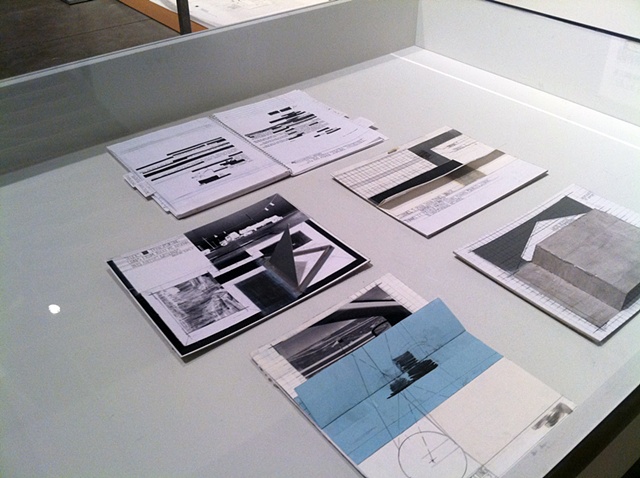 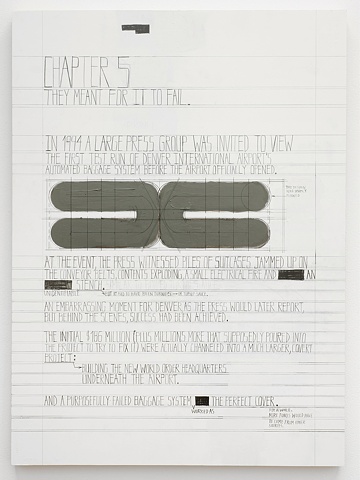 Chapter 5. They meant for it to fail.
graphite, acrylic, collage on paper, mounted to panel
30" x 22" 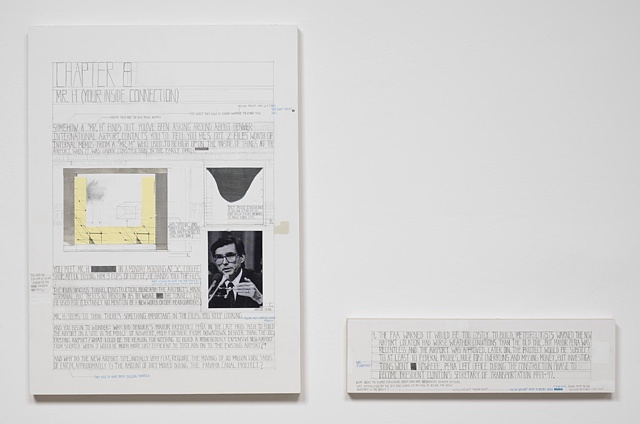 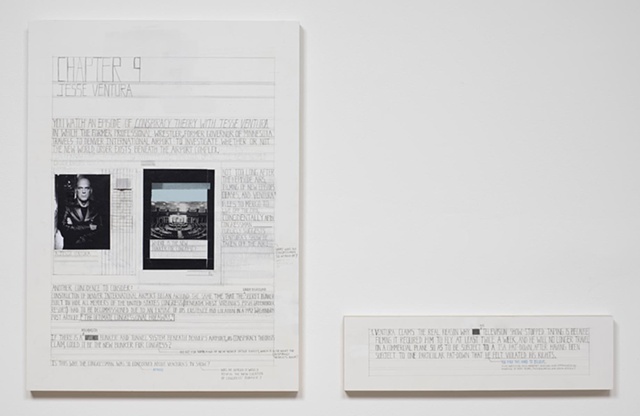 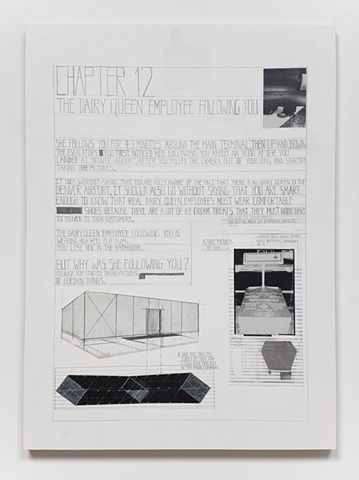 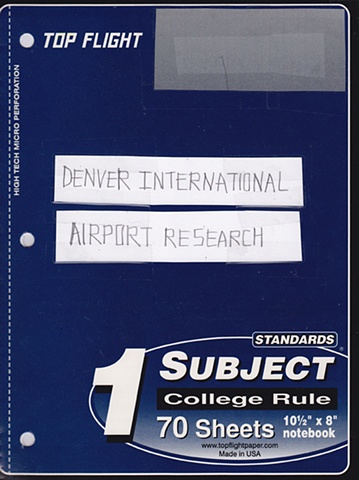 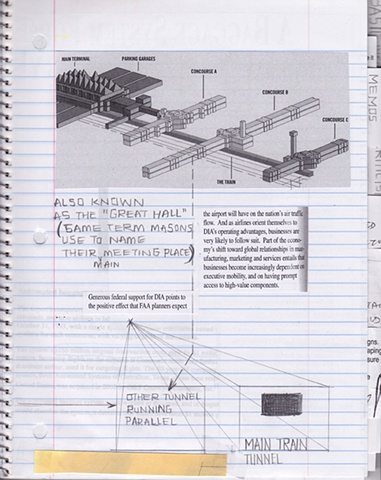 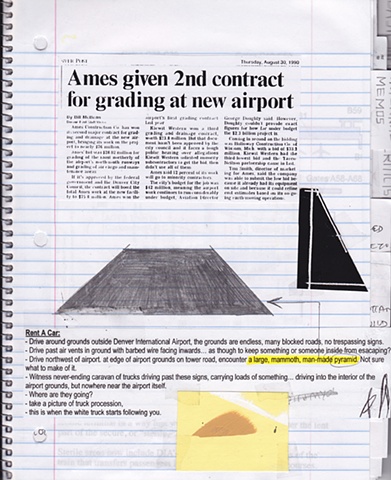 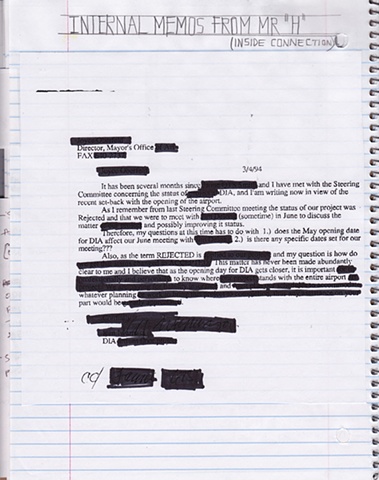 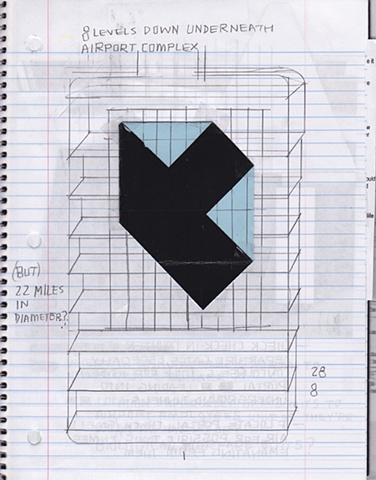 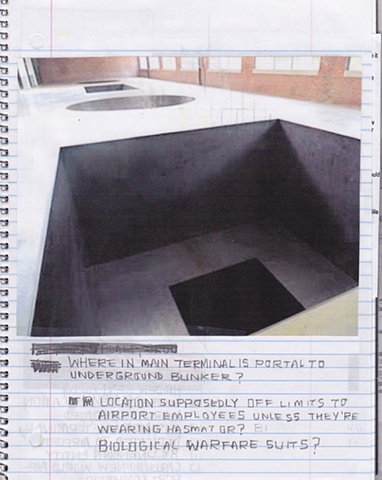