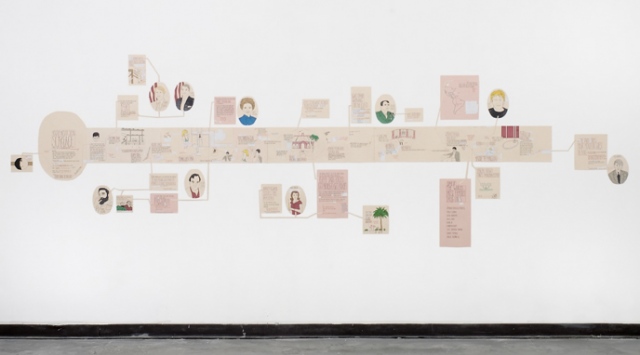 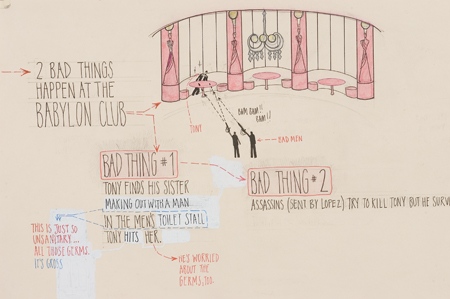 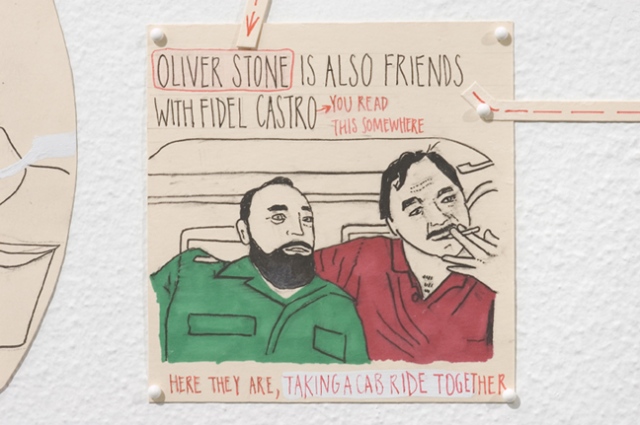 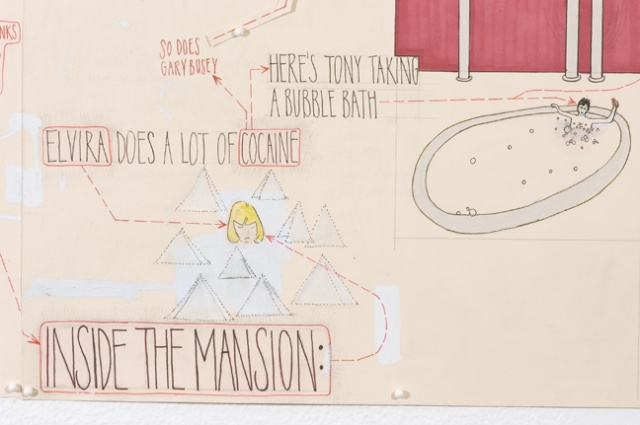 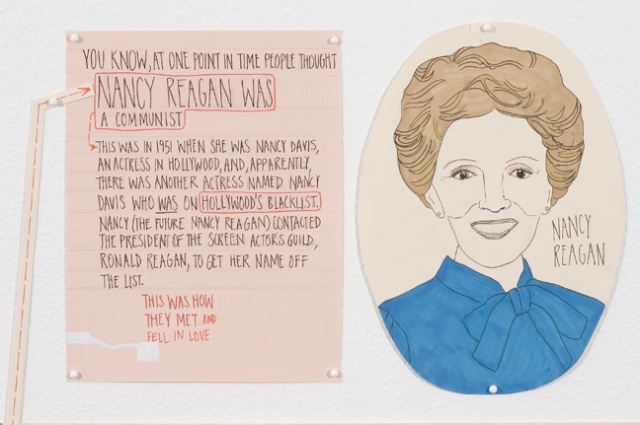 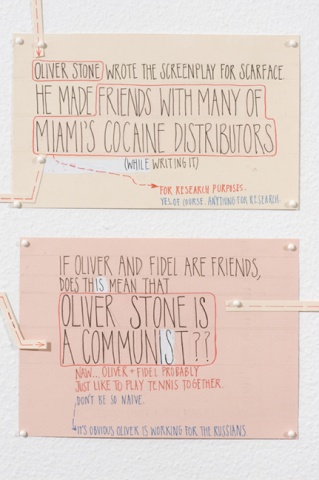 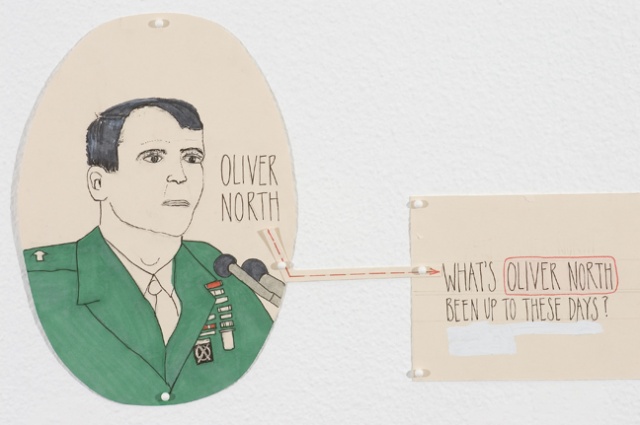 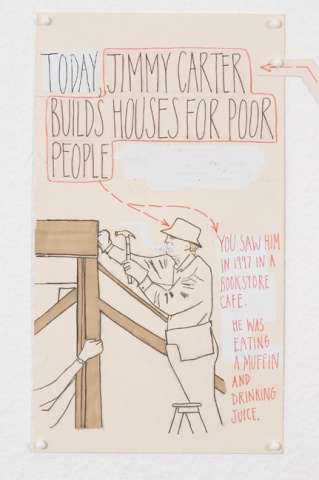 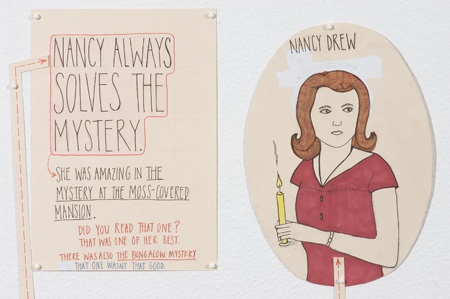 Narrative Synopsis: You, a paranoid narrator, attempt to uncover the real story behind the plot and the making of the 1983 film, Scarface, by speculating on the circumstances and hidden connections among movie stars, political figures, and drug lords related both directly and indirectly to the film.

Revelations include a screenplay that alludes to real-life CIA involvement in the drug trade, screenwriter Oliver Stone’s friendship with Fidel Castro resulting in a hidden agenda in the film, and possibly unrelated tangents such as Jimmy Carter’s consumption of blueberry muffins and confusion over Nancy Reagan’s possible communist past.