Projects > Someone tell Mayor Daley the pirates are coming (2005) 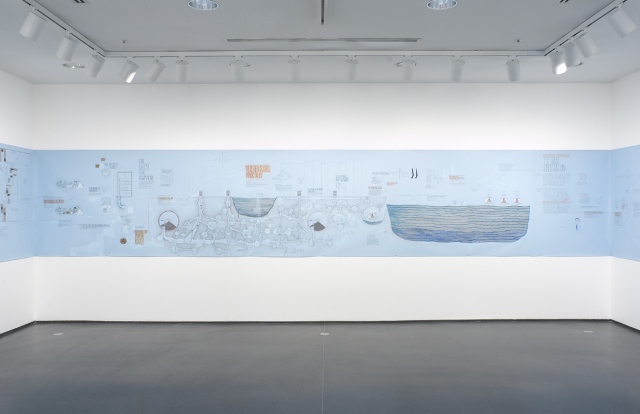 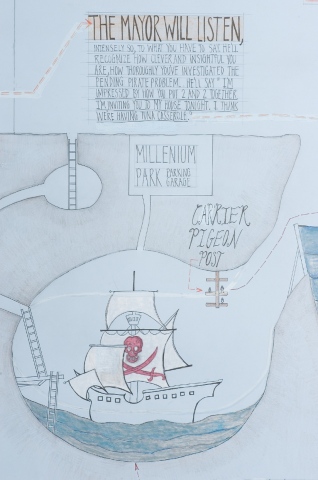 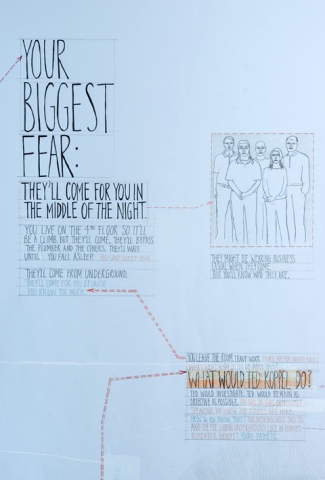 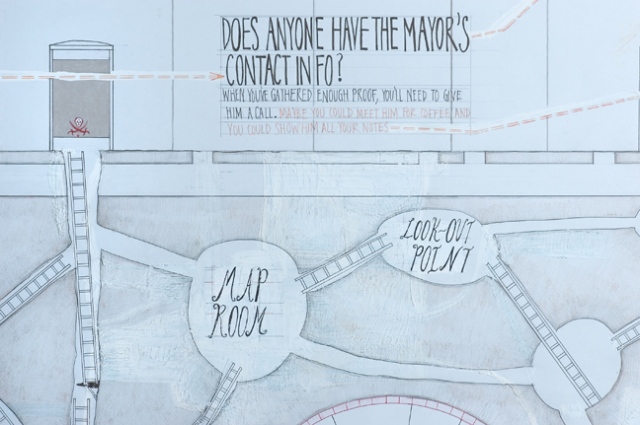 2005 Collection of the Museum of Contemporary Art, Chicago

This piece was exhibited in 2005 at the Museum of Contemporary Art in Chicago while the Mayor's offices were under FBI investigation. The idea for the drawing came from an incident in which the Mayor mysteriously ordered the illegal dig-up of a private airfield in the middle of the night.

Narrative synopsis: You, an insomniac office worker, are convinced that pirates have infiltrated Chicago by digging elaborate tunnels beneath its buildings. You attempt to warn the Mayor, but discover the pirates might be after the Mayor's father's (former Mayor Richard J. Daley) mob-bribe money, secretly buried in a private airfield.